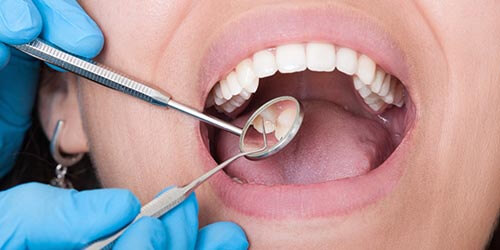 Have you ever thought why it is mandatory to ensure brushing and flossing for proper oral hygiene? Without taking much of your time, we at Rejové Clinique, which is a dentist clinic in Green Park will solve the mystery behind flossing and brushing regularly. It also insights you what are the repercussions that person needs to face, if not done regularly and in a prescribed manner. The proper brushing and flossing is necessary as it not only ensures white teeth but also ensure fresh breadth. Additionally, if the source of gum irritation is removed, it gives no room to food particles and particles to deposit on the teeth. A clear symptom of unhealthy gums is bleeding from gums. It just can’t be ignored or taken lightly and a visit to Rejové Clinique becomes imperative as it suggests changing the practices of oral hygiene. The other symptom of gum infection is clearly visible as it affects immune system. The lifestyle choices apart from smoking are root causes of gum disease. If the food particles are stuck between the teeth, it causes bacteria to penetrate and grow, thereby leading to gum disease. A practice of flossing when adopted on a routine basis helps to keep bacteria at bay and gums can easily sustain the pressure of flossing. When the bleeding from gums takes place, it becomes a warning signal and before it’s too late and takes form of Gingivitis, it is better to act smart. Gums usually bleed when bacteria surround crown and causes irritation in gums or when plaque or tartar deposits on teeth, improper flossing and brushing. It is necessary to floss regularly else gums are unable to bear the pressure created on the gums due to occasional flossing. Thus, proper flossing and brushing always helps as it does not allow bacteria to settle in your mouth.

Smile all the way